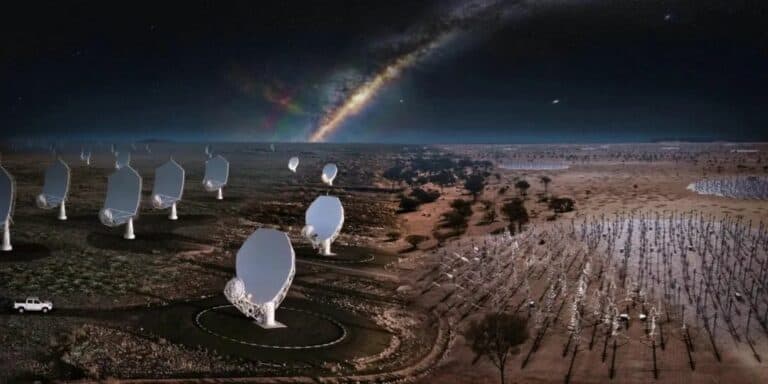 On December 5, the construction of the largest radio telescope ever built was officially announced.

The telescope, known as the Square Kilometer Array Observatory (SKAO), is an array of detectors consisting of two antennas (Australian part, for low frequencies) and dishes (South Africa, for intermediate frequencies) with a total receiving area of one square kilometer.

They use the same “interferometry technique” as the Event Horizon Telescope (EHT), which took the first picture of the black hole.

And it will later incorporate the existing South African telescope array MeerKAT, which is already one of the most advanced radio telescope arrays in the world.

The entire construction is expected to last ten years.

SKAO’s Board of Directors has identified several priority observational categories covering the early reionization period of the universe (it will be the first telescope to see this period), pulsars, elemental hydrogen, transient events (including black hole mergers, gamma ray bursts, the missing baryon problem, etc.), the search for extraterrestrial life, cosmic magnetic fields.

cosmology (including the distribution of dark matter and dark energy, general relativity with high precision, etc.), the continuum spectrum of matter, and also the capture of chance astronomical events.

Astronomers from any country can apply for observing time.

Our country is one of the founding members of the project.

The higher the vitamin D level in the aging brain, the better the cognitive function