“A partial solution to the Riemann hypothesis should be right.” 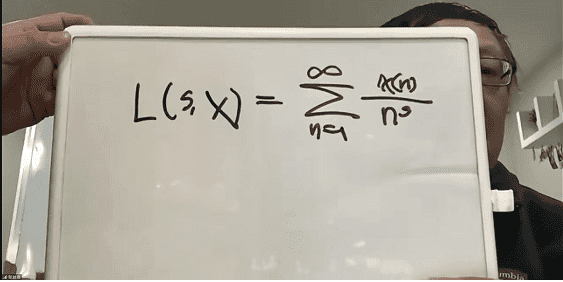 On November 8, at an academic presentation organized by the School of Mathematical Sciences of Peking University (PKU), Yitang Zhang shared his thoughts and methods on solving the Landau-Siegel zeros problem and explained his latest results to PKU faculty, students, and the public.

Yitang Zhang, a Chinese-American mathematician who is currently a professor at the University of California, Santa Barbara, says that the research results only prove to a small extent that the Landau-Siegel zero conjecture is correct, i.e., that this zero may not exist.

In 1859, the German mathematician Bornhard Riemann had proposed the Riemann ζ-function and the Riemann hypothesis that the zeros (function values equal to 0) of this function all correspond to the real part of the function equal to 1/2.

That is, if the real part is greater than 1/2, this function is not equal to 0.

If this zero exists (called the Landau-Siegel zero), the generalized Riemann hypothesis is wrong.

And the Landau-Siegel zero conjecture holds that there is no such zero.

Capturing the early stages of a supernova