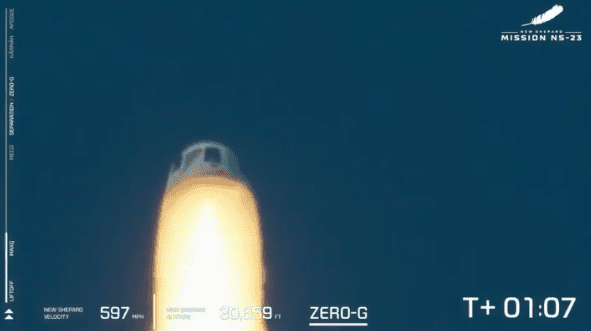 According to Bloomberg news, Amazon.com founder Jeff Bezos said his company Blue Origin LLC will complete the investigation of the recent rocket launch accident in December

But it will not launch another rocket until 2023.

The Federal Aviation Administration (FAA) is currently overseeing an investigation into the cause of a failed launch of a non-manned suborbital New Shepard rocket on Sept. 12 of this year.

Blue Origin has also been using rockets to carry human passengers since July 2021, when Bezos was part of the first manned mission.

But the New Shepard mission carried only a scientific payload.