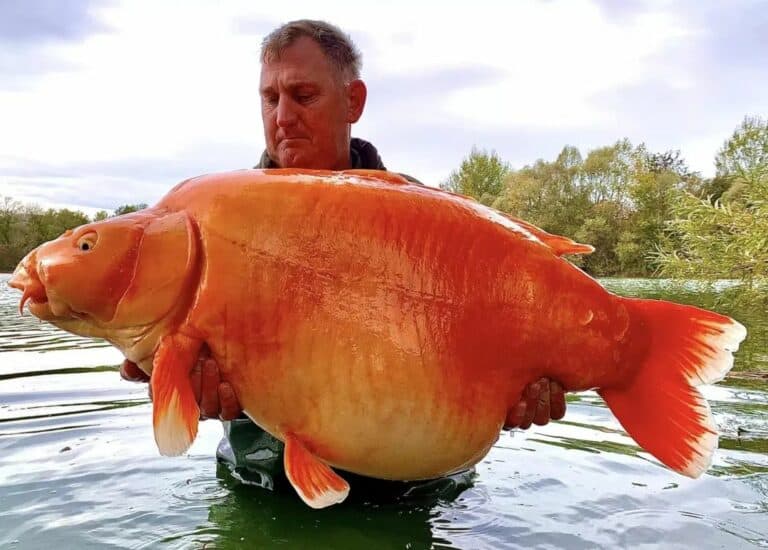 It was thought to be a cross between a leather carp (leather carp) and a koi (koi).

The venue operator said the fish was the second largest of its kind ever caught.

Domesticated koi may grow even larger if they are released into the wild with the proper space, diet and water quality.

This 30 kg fish was actually released into that fishing area 20 years ago, and

It has gradually grown to its present size since then.

Andy Hackett, who landed it, said, “If it’s a normal fish underwater, it’s hard to be seen, and this fish is bright orange, so it’s impossible not to see it.

It’s just that very few people have been able to catch it.

“In accordance with the rules set by the operator, the giant koi was caught and weighed and has been put back into that lake.

Perhaps the next time it is caught, it will have a larger size.