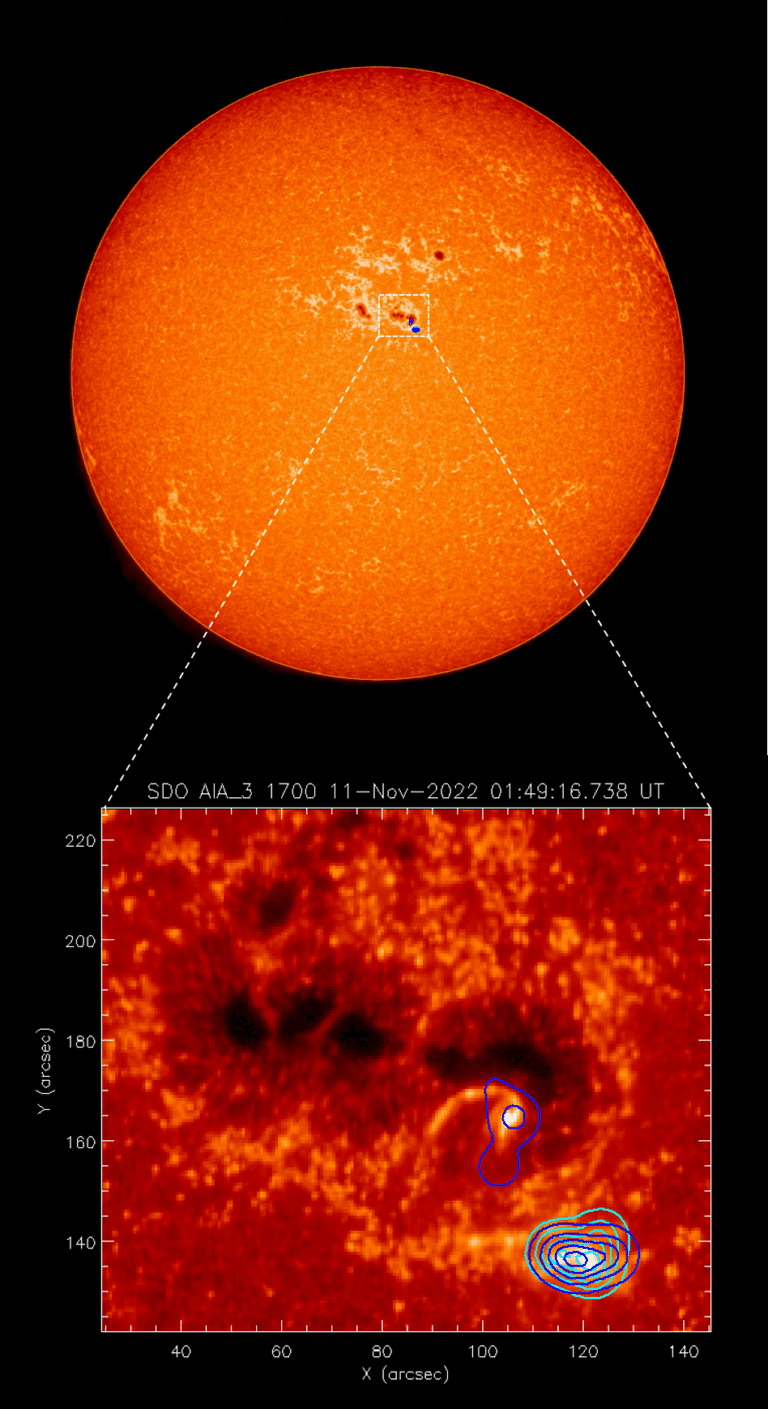 On the afternoon of Nov. 21, the first image launch of the Hard X-ray Imager (HXI) of the ASO-S payload was held at the Purple Mountain Observatory of the Chinese Academy of Sciences, and the meeting was webcasted live at the same time.

“The full name of the satellite is “Advanced Space-based Solar Observatory” (ASO-S), which was successfully launched on October 9, 2022 at the Jiuquan Satellite Center, and is China’s first comprehensive solar exploration satellite.

Its scientific goal is to observe both the solar magnetic field and the two most violent outbursts on the Sun: flares and coronal mass ejections.

The HXI is one of the three payloads of the satellite, which is mainly responsible for observing the non-thermal radiation of solar flares in the “one magnetic and two bursts” mission.

During the presentation, the scientists highlighted the data analysis and imaging results since HXI was turned on.

The first M-class flare was detected on the 20th day of HXI’s opening, and the first solar hard X-ray image was obtained that night.

Its image quality has reached the international advanced level.

The hard X-ray imaging principle is different from ordinary optical imaging, in addition to the sophisticated “optical system”, it also requires a series of processing such as back-end imaging algorithms.

In the future, they hope to get new surprises from the other two payloads of the ASO-S satellite. (Purple Mountain Observatory, Chinese Academy of Sciences)