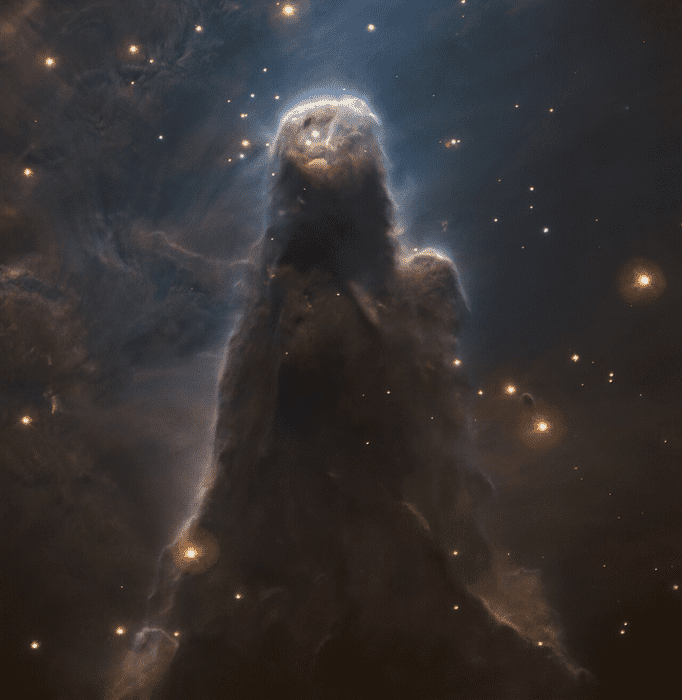 The Cone Nebula is part of the NGC 2264 star-forming region, about 2500 light-years away.

This image, taken by ESO’s VLT, was released on the occasion of ESO’s 60th anniversary.

For the past 60 years, the European Southern Observatory

(ESO) has been helping scientists around the world to explore the mysteries of the universe.

To celebrate its 60th anniversary and mark this milestone, ESO has released new images of the Cone Nebula taken by the Very Large Telescope (VLT).

The conical nebula in the image is part of the star-forming region NGC 2264, about 2,500 light-years away, with pillars about 7 light-years long, formed by clouds of cool molecular gas and giant dust.

As the massive newborn star releases stellar winds and intense ultraviolet radiation to blow away nearby material, the gas and dust away from the star is compressed into a dense, dark, tall columnar nebula.

The mother’s cells regulate the immune system of her offspring

Wormholes may be hidden in very obvious places