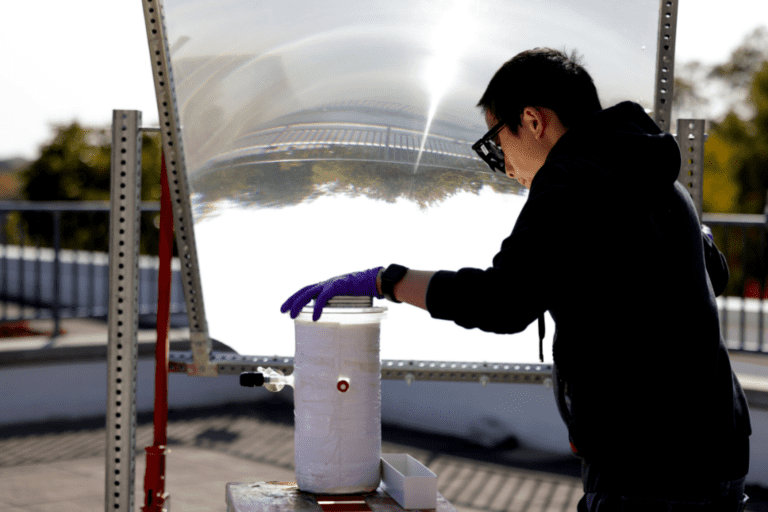 Recently, a study published in Nature has developed a new type of solar panel.

It can convert water into hydrogen and oxygen with an efficiency of up to 9% by mimicking the key step of natural photosynthesis.

This is almost 10 times the performance of the existing technology for solar decomposition of water for hydrogen production.

The semiconductor catalyst inside the new solar panels is made of indium gallium nitride nanostructures grown on the surface of silicon to capture light.

This catalyst helps solar panels to gather more sunlight to be used.

On the other hand, it also enables the shorter wavelengths of the captured sunlight to be used to break down water.

At the same time, the higher wavelengths are used to provide heat for the reaction.

Since it has the ability to self-heal, it can avoid damage to the semiconductor from high intensity light.

It can also withstand higher temperatures.

In addition, there is an insulating layer on top of the solar panel, which keeps the temperature at about 75°C.

This is warm enough to promote the reaction.

It is also cool enough for the catalyst to work well.

In using their solar panels to decompose water for hydrogen production, the researchers found that a conversion efficiency of 6.1 percent was achieved if the panels were outdoors, where sunlight and temperature were less than adequate.

And indoors, they were able to achieve a conversion efficiency of 9 percent.

A portion of the intellectual property associated with this work has been licensed to NS Nanotech Inc. and NX Fuels Inc.

The corresponding author of the new study is one of the co-founders of both companies.