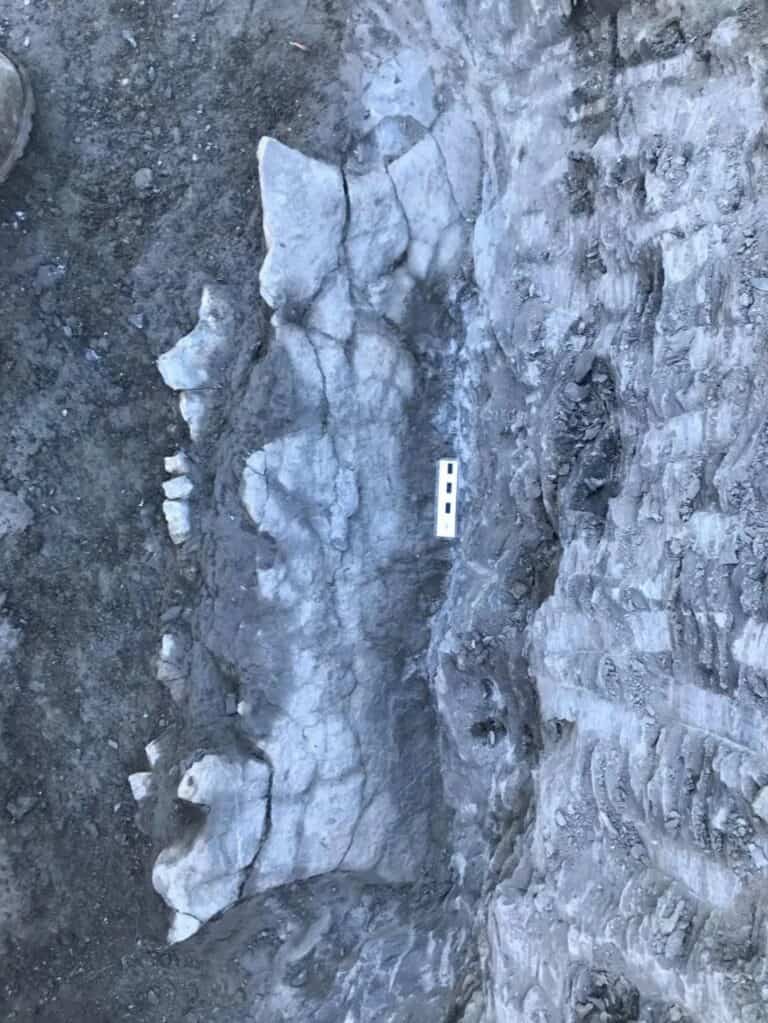 A new ancient turtle species discovered in Spain is estimated to be 3.74 meters in length, making it the largest marine turtle ever found in Europe, according to a paper published in Scientific Reports.

The world’s largest known marine turtles, such as the extinct genus Archelon, can grow to 4.6 meters long and weigh up to 3.2 tons.

In contrast, there are no known European marine turtles that can exceed 1.5 meters in shell length.

The researchers of this study discovered a new marine turtle fossil in the Cal Torrades region of northeastern Spain and named it Leviathanochelys aenigmatica, which is close in size to the genus Archaeopteryx.

The fossil dates to the Late Cretaceous Campanian Age (about 83.1-72.1 million years ago) and consists of a broken but nearly complete pelvis and a partial epipelvis (shell) with a distinctive bony protuberance that protrudes forward from the anterior part of the pelvis.

Researchers believe that this protrusion may be associated with the respiratory system.

Based on the size of the pelvis, the researchers calculated that the turtle may have reached a body length of 3.74 meters.

The pelvic length from anterior to posterior is estimated to be 39.5 cm, slightly less than that of the genus Archaeopteryx (46.0 cm long).

This makes Leviathanochelys the largest marine turtle found in Europe and among the largest in the world.

The authors say that these findings suggest that the enormous size of marine turtles developed independently in different clades in North America and Europe.

Tuvalu announces it will replicate the entire country in the metaverse