NASA’s “Insight” power is about to run out

NASA’s “Insight” power is about to run out 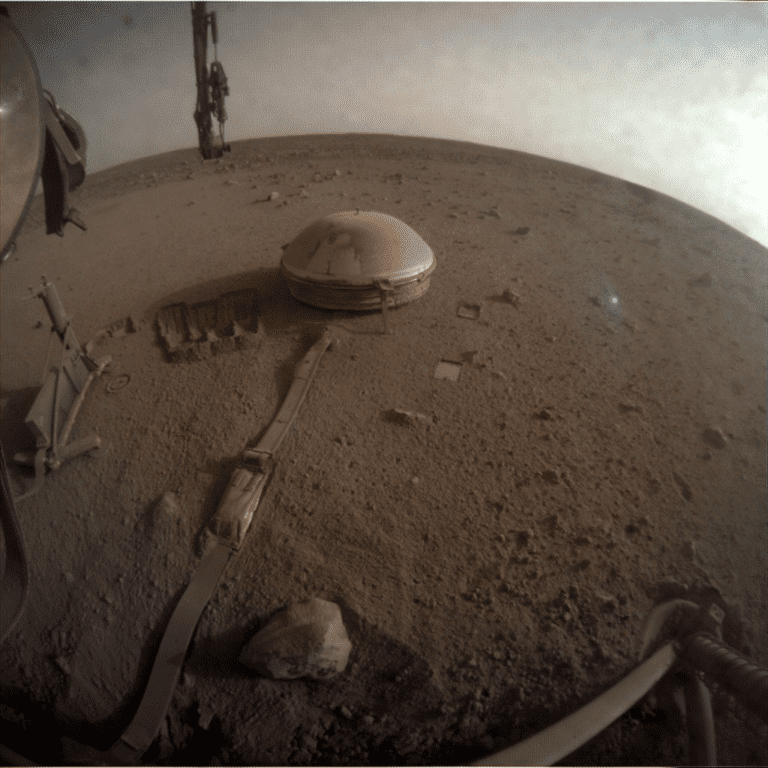 On December 19 local time, the official account of NASA InSight tweeted that Insight’s power level is very low, so this may be the last photo it sends back.

The photo shows its seismometer, the Seismic Experiment in Internal Structures (SEIS), a circular, dome-shaped instrument.

The seismometer has been sitting on the surface of Mars to capture “pulses,” or seismic vibrations, and to provide a glimpse of the planet’s interior activity.

Since landing on Mars in November 2018, the Insight Mars rover has detected more than 1,300 earthquakes on the planet, including a magnitude 5 quake in May.

“Powered by solar panels, Insight was initially able to get 5 kilowatt-hours of power per Martian day.

But as the dust on the solar panels thickened, Insight was only able to get 0.5 kilowatt hours of power on a Martian day in May.

This will make “Insight” eventually stop working due to lack of power.

If no signal is received from Insight twice in a row, NASA will announce the official end of the Mars mission.

And on Dec. 18 local time, NASA said it could not get in touch with Insight, which was last contacted on Dec. 15 local time.

However, NASA said it will continue to try to contact it.

China may have 500,000 to 1 million people killed in new crown infections