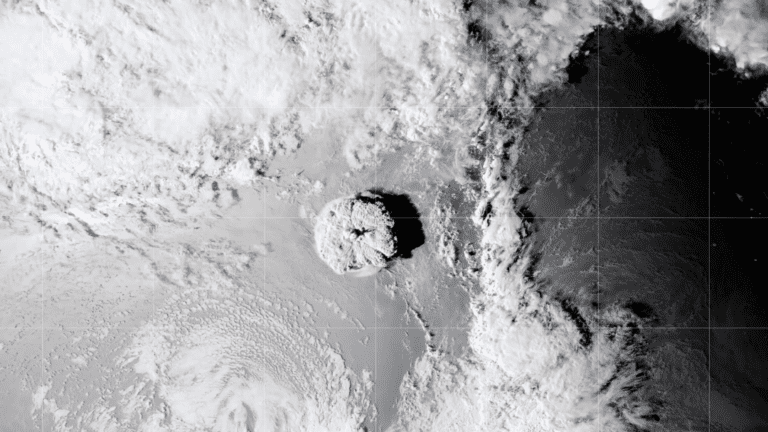 In January 2022, the volcanic eruption and tsunami on Ahaa’apai Island in Tonga produced the highest eruption column of ash, gas, and water vapor ever recorded.

Until recently, scientists lacked a way to accurately measure the height of volcanic eruption columns.

Traditional measurements used the pattern of decreasing tropospheric temperature with height to estimate the height based on temperature profiles shown by thermal imaging.

But because the eruption column has entered the stratosphere, the law of decreasing temperature with height no longer applies, so a new measurement needs to be introduced.

A recent study published in Science overcomes this problem with a new method based on the parallax effect.

The “parallax effect” refers to the ability to calculate the exact position of an observed object based on the difference in line of sight when the object is viewed from a different location.

The researchers analyzed images from three synoptic weather satellites and used the parallax effect to observe changes in volcanic eruption columns over time.

The team eventually measured an eruption column of up to 57 kilometers, far exceeding the previous record high and the first record of erupted material passing through the stratosphere into the mesosphere.

The team hopes to build an automated system for calculating the height of the eruption column using the parallax effect to assist future research in volcanology and atmospheric science later.