Tao Zhexuan announces the debunking of the “cyclical tiling conjecture”

Chieh-Hsuan Tao announces that he has disproved the “periodic tiling conjecture”, and the detailed paper has been uploaded to the preprint website 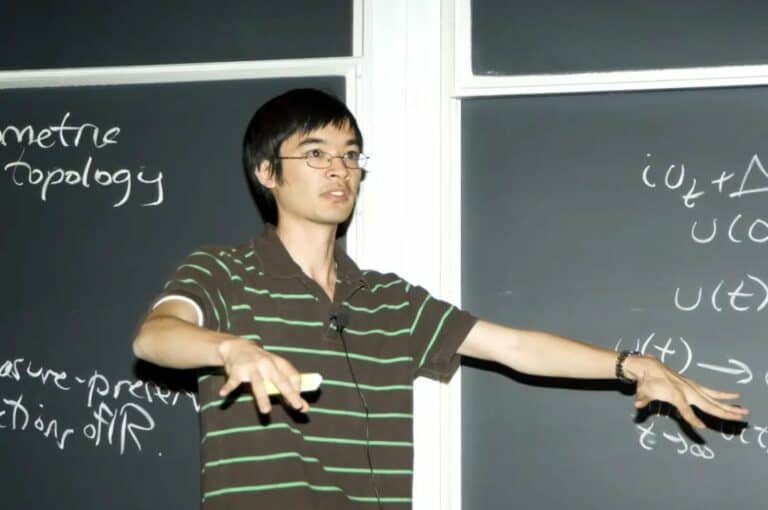 In September, Terence Tao, a professor of mathematics at the University of California, Los Angeles, announced on his blog that he had disproved the Periodic Tiling Conjecture.

Then he posted an “abbreviated” version of the paper he had done with postdoc Rachel Greenfeld.

The final version of the paper, which proved to be flawed, was redone and uploaded to the arXiv preprint site on Nov. 29.

The periodic tiling conjecture can be stated as follows.

If an N-dimensional (Euclidean) space can be tiled by some graph in a translation without overlap, then this graph can also tile the space periodically.

But he did not know if there were domino tiles that could only be tiled non-periodically.

Later, his students gave non-periodic examples, proving that the domino problem is “undecidable”.

Around the 1990s, mathematicians proposed a similar conjecture on the general geometric tiling problem – the periodic tiling conjecture.

Since the two-dimensional version of the conjecture was proved in 2016, Greenfield and Tao started to try to prove the general dimensional case.

but kept running into difficulties that they could not get around, so the two turned to trying to disprove the conjecture.

Eventually they constructed a pair of tiles that could be tiled all over space, but they couldn’t do so periodically.

They even found a way to make the question of whether they can periodically fill space “logically undecidable” (ZFC-Undecidable).

Shorter presence of antibodies to the new coronavirus in the nose