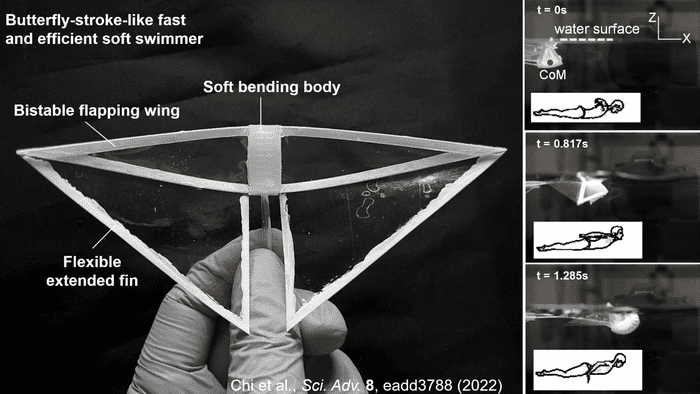 To date, the maximum speed of swimming robots does not exceed one body length per second, while marine life swims faster and more efficiently.

Inspired by the biodynamics of manta rays, a team of researchers from North Carolina State University has developed a soft robot called the “Butterfly Swimmer” that swims more than four times faster than previous swimming robots.

A paper on the research was published in the journal Science Advances.

The team has developed two types of “foundation swimmers”, one faster, capable of swimming 3.74 times the length of the body per second.

The other is easier to control, can turn left and right, and can swim 1.7 times the length of the body per second.

The new design is controlled by pumping air into the body of the soft robot, which is simpler and therefore lighter, compared to the old direct motor powering the flanks.

4 new prefixes to the International System of Units