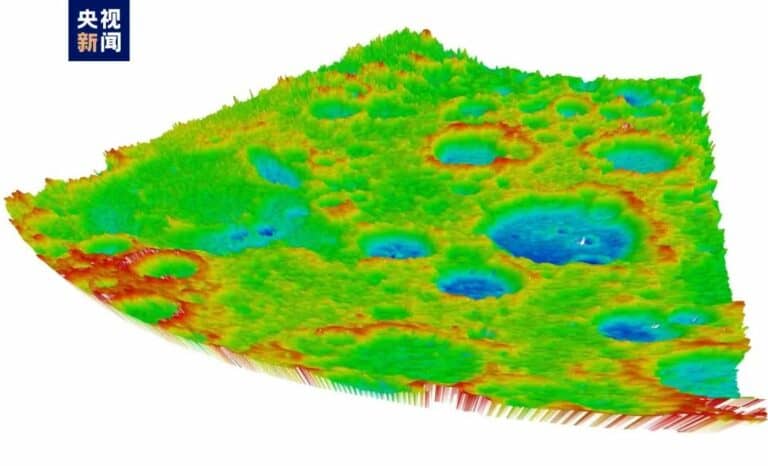 The Chinese compound eye completed the installation and commissioning of the first phase of the project and the opening observation recently.

It has successfully produced the world’s first distributed radar-based 3D imaging of the lunar surface.

Ultra-large distributed aperture radar is similar to many small antennas combined into one large antenna.

Although the power of a single radar is limited, ultra-long-range detection capabilities are possible due to the superposition of power between radar and radar.

Unlike the Chinese sky eye, the Chinese compound eye can emit electromagnetic waves by itself and can receive echoes.

Thus it can observe asteroids and Earth-like planets in the solar system.

The Chinese compound eye project is led by Chongqing Innovation Center of Beijing Institute of Technology.

The first phase of the project validates the distributed working mode of the large system by achieving high-resolution imaging observation of the Moon.

This will establish the foundation for the subsequent Phase II and Phase III projects.

After the completion of the future three phases of the project, the detection distance of the large scientific device composed of hundreds of radars can reach 150 million kilometers, to achieve China’s leading position in the field of deep space exploration radar to maintain 50 years. (CCTV News)