What should we do about seawater acidification?

What to do about the acidification of sea water? Scientists: sprinkle lime into the sea 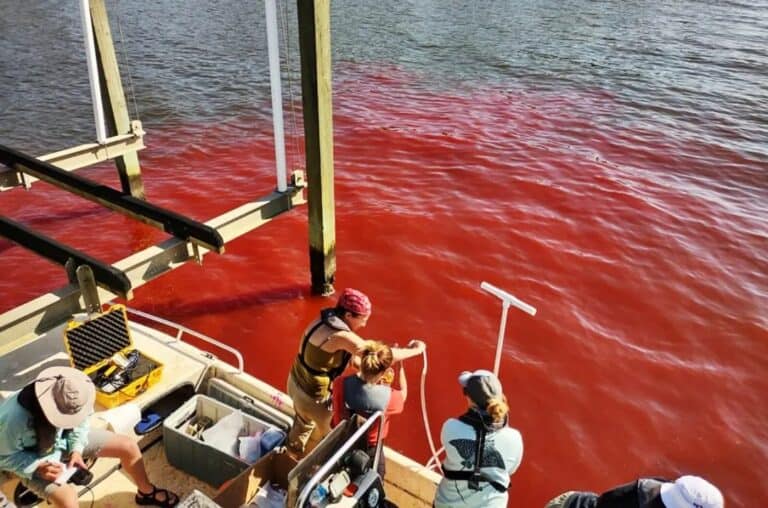 The ocean absorbs carbon dioxide released into the atmosphere by human activities.

As carbon dioxide levels rise, ocean acidification is becoming a problem that cannot be ignored.

The shallow waters of Florida’s Appalachicola Bay supply 10% of the nation’s oysters.

But in recent years, this industry has been seriously affected by ocean warming and seawater acidification.

Since 2020, the state government has even declared a five-year ban on oyster fishing.

Later, climate scientists were encouraged by the state government to launch a special experiment, injecting lime into the seawater to test whether seawater acidification can be reversed.

Currently, the addition of calcium oxide (lime) or calcium hydroxide (slaked lime) are both common proposals to add alkalinity to seawater.

Scientists first used models to predict a net reduction of 2 moles of carbon dioxide per mole of calcium reactant.

After that, the researchers added a saturated solution of calcium hydroxide to seawater samples in the laboratory.

The results showed that the pH of the seawater samples increased and the CO2 was effectively absorbed.

In May, researchers injected about 2,000 liters of lime-enriched seawater into an estuary in Apalachicola Bay.

The results of the field experiment showed an increase in alkalinity in the estuarine water samples.

However, further research is needed to understand how the amount and timing of lime addition will affect marine ecology.

Ceramide is the key to muscle aging