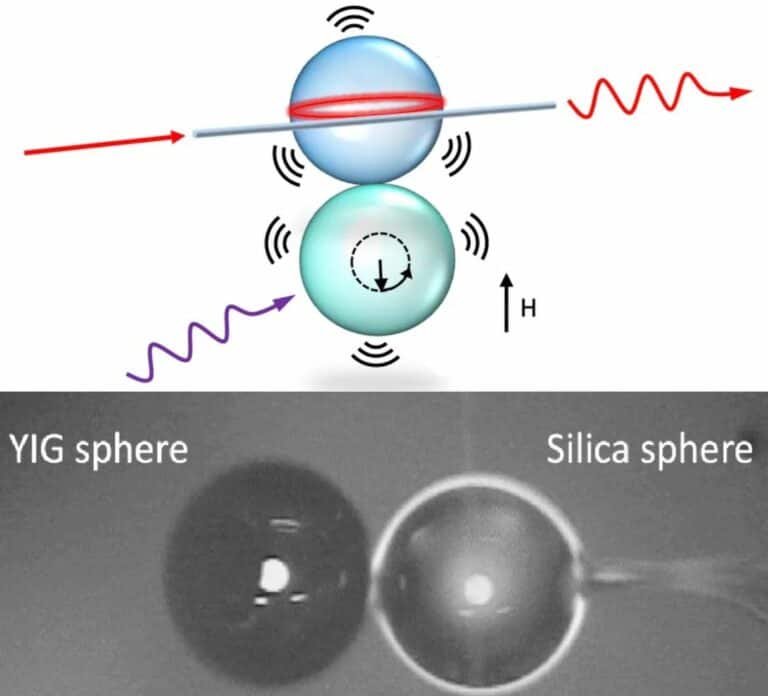 Microwave is an electromagnetic wave with a wavelength between 1 mm and 1 meter.

On the other hand,Lasers tend to have wavelengths of 1 micron or less.

Current techniques for reading and writing information from quantum bits rely on interactions with microwaves, so future quantum communication systems will likely use microwaves to carry information inside the device.

Meanwhile, lasers are the best way to transmit information point-to-point over large areas.

Therefore, we need a transfer interface between microwave and optical signals.

Currently there are some mechanical implementations of this conversion, but there is a major drawback: the conversion frequency interval is too small.

Recently, Professor Chunhua Dong’s team at the University of Science and Technology of China reported a conversion approach to overcome this drawback

This is an approach that uses optical and microwave signals to induce mechanical oscillations in tiny spheres of specific materials.

The team used two tangential microspheres 200 microns in diameter as the core of the converter, one a magnetic microsphere made of yttrium iron garnet, which is sensitive to microwaves, and the other a silica microsphere sensitive to light signals.

The team attached a laser beam through an optical fiber to the silicon microsphere, and the light pressure caused the ball to vibrate.

At the same time, another magnetic microsphere was brought into contact with the silicon microsphere.

In the presence of a magnetic field, by controlling the oscillations generated by the microwaves fed into the magnetic microsphere in the magnetic moment inside the sphere, the team was able to influence the vibration of the silicon microsphere and ultimately achieve control of the output optical signal.

The advantage of this technique is that the operating frequency can be adjusted by varying the strength of the applied magnetic field.

The researchers converted microwave signals with frequencies of 4 to 7 GHz, which is far beyond the range of previous techniques.

At the same time, the researchers expect that a similar construction should enable conversion in the opposite direction.

A related paper was published in Physical Review Letters.