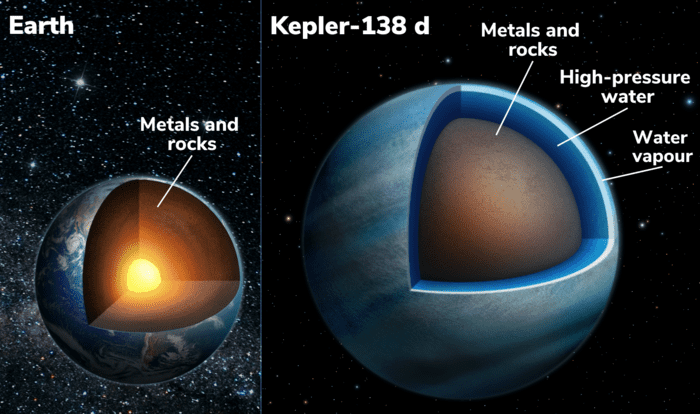 This is a very unusual type of planet.

The researchers traced the mass fluctuations of the planets due to the gravitational influence of the surrounding stars during the transits.

They found that Kepler138-c and Kepler138-d have nearly the same mass and size, and both have radii about 1.5 times that of Earth.

After modeling and comparing their sizes and masses, the researchers found that nearly half of the planets should be composed of material less dense than rock and more dense than gas, and most likely water.

They suggest that the atmospheres of the two planets are hotter than the boiling point of water, with a dense, high-pressure atmosphere of water vapor on the surface and a high-pressure liquid ocean beneath.

But the cores of the planets are still composed of metals and rocks.