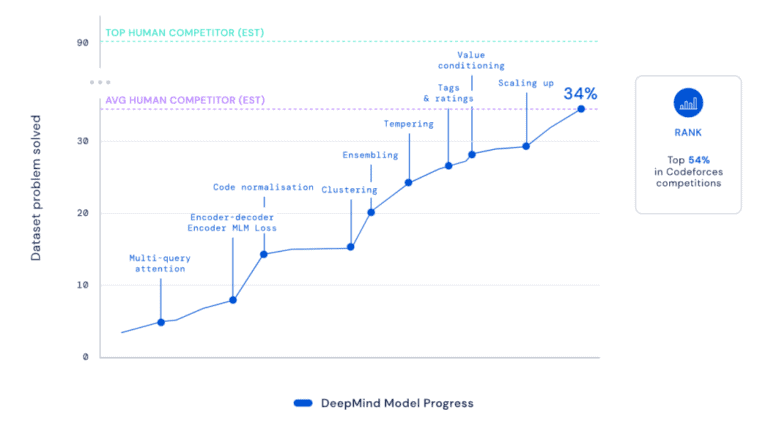 Humans need to use programming to solve a wide variety of problems.

While some recent AIs have emerged that can generate code, AI still does not perform well for real-world complex programming problems that require critical thinking.

AlphaCode, an AI-assisted programming system announced by DeepMind, uses self-supervised learning and a transformer model to solve programming problems that it has never seen before, described in natural language.

The researchers tested AlphaCode with the Codeforces platform, which itself regularly hosts international programming competitions.

When the number of answer submissions was limited to 10, AlphaCode could achieve a score of 1,238

And 66% of the problems it solved were solved on the first submission.

Regardless of whether AlphaCode can actually “understand” programming problems, it does rank above the human average in code competitions.

DeepMind made the paper public on February 2 of this year, and made the training dataset publicly available on GitHub.

Yesterday, the paper was officially published as a cover article in the journal Science.