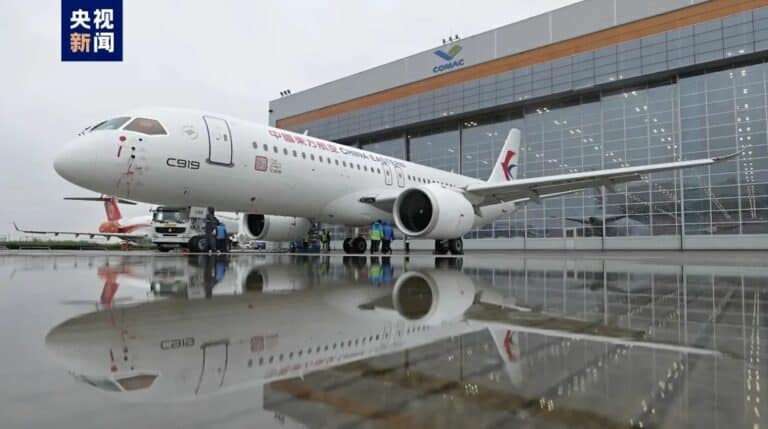 This morning, the world’s first C919 was officially delivered to China Eastern Airlines.

COMAC delivered the “C919 World’s First Commemorative Key” to China Eastern Airlines and issued a sales certificate for the aircraft.

The aircraft registration number was chosen as B-919A, B stands for Chinese civil aviation aircraft, 919 fits with the model name, and A means the first aircraft.

The aircraft is a 164-seat two-class layout, with 8 seats in business class and 156 seats in economy class.

C919 large passenger aircraft is the first truly civil aircraft in China after the Yun-10.