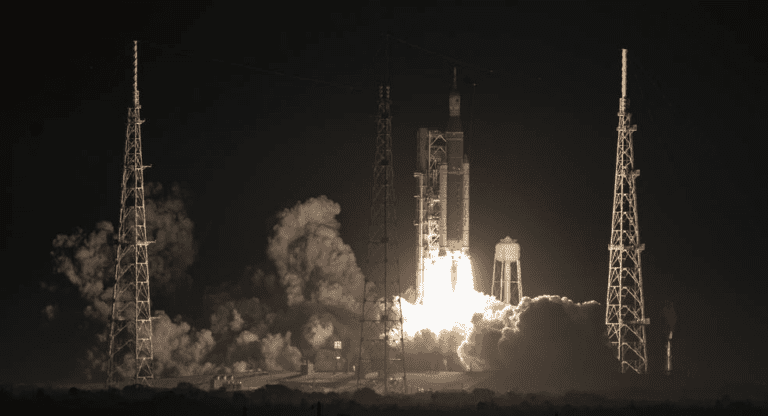 The mission is unmanned and is the first step for the United States to return to the moon.

If the mission is successful, NASA expects to launch the Artemis 2 manned lunar orbiting mission as early as 2024.

Finally, the “Artemis 3” lunar mission will be carried out in 2025.

In addition, NASA has signed another contract with SpaceX worth approximately $1.15 billion to further develop Starship’s manned landing system.

It aims to further develop the Starship manned landing system to meet Artemis’ future needs for long-term manned lunar landings and exploration of the Moon.

On August 18, NASA announced that the Artemis 3 mission will use SpaceX’s Starship to land four astronauts near the Moon’s south pole, including the first female astronaut and the first astronaut of color to land on the Moon.

A “snake” swims through the sun