Artemis 1 will attempt launch on November 14

Artemis 1 to attempt launch on Nov. 14, but may hit storms again 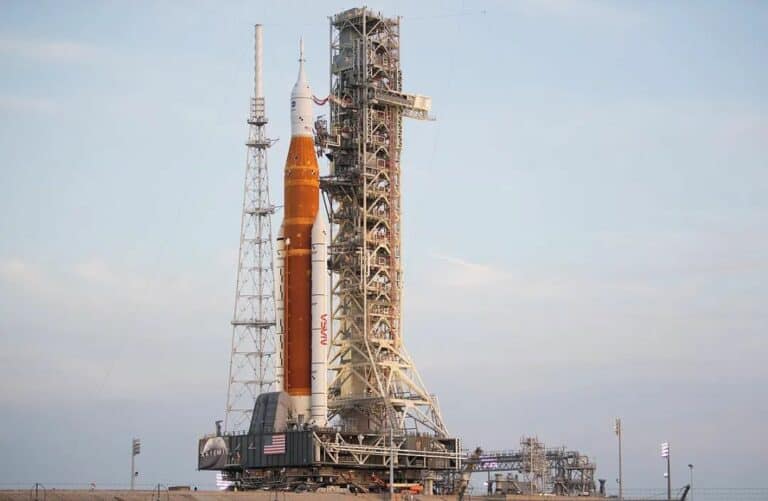 NASA will conduct an unmanned lift-off test mission of Artemis 1 on Nov. 14, local time, according to Space.com.

The launch will be broadcast live on NASA’s official website.

The Artemis 1 project assembly, which includes the Large Space Launch System (SLS) and Orion spacecraft, arrived at Launch Pad 39B at NASA’s Kennedy Space Center in Florida on the evening of Nov. 4.

The combination has been to the launch pad three times previously.

in March and once in June for a pre-launch fuel test.

And two launch attempts in mid-August were canceled due to engine cooling problems and a fuel leak, respectively.

A few weeks later, the rocket took refuge in an indoor shelter to escape the hurricane.

During this period, engineers repaired minor damage to the rocket’s thermal protection system from early launch tests, and recharged and replaced batteries for the SLS, Orion spacecraft.

However, a subtropical storm is currently brewing in the Atlantic Ocean east of Kennedy Space Center and appears to be moving toward that center.

Heavy rainfall is forecast for much of the Florida Peninsula on Thursday (Nov. 10).

A statement released by U.S. SLD 45 said surface winds are forecast to exceed 93 kilometers per hour by Friday (Nov. 11).

The rocket will launch on time, if the storm does not continue to strengthen, forcing NASA to postpone the Artemis 1 mission.

After takeoff, the Orion spacecraft, designed to carry astronauts and located on top of the rocket, will separate upon arrival in space.

The Orion spacecraft will enter its orbit and fly to the moon a few days later.

Overall, the mission is expected to last 25 days, with the Orion spacecraft splashing down in the Pacific Ocean near San Diego on Dec. 9.

If you want to dance, please add some heavy bass to the music