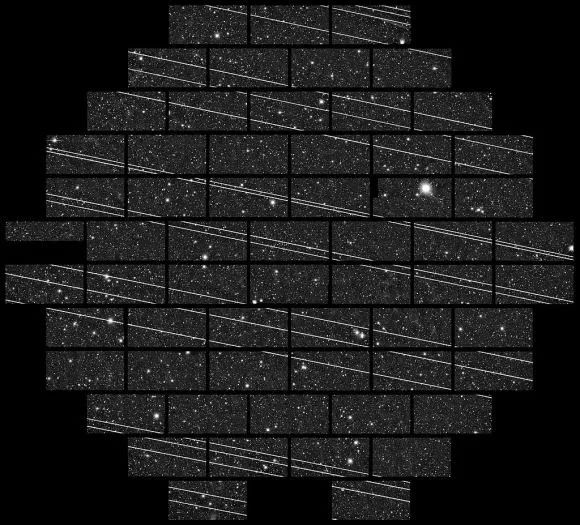 Companies such as Starlink and OneWeb use constellations of giant artificial satellites to build communications networks.

But these satellites create streaks of interference on images from ground-based astronomical telescopes.

Satellite companies can paint the satellites black to reduce interference, but this relies on the company’s cooperation.

It is also possible to remove the streaks on the final image later through technical means, but this still reduces the quality of the scientific data.

For the foreseeable future, humans will launch more and more low-orbiting satellites, and astronomers must find ways to avoid interference with observations from artificial satellites.

Astronomers at the Vera C. Rubin Observatory have developed a method that can avoid satellite interference.

By combining precise satellite orbit data, they can stop observing when a satellite passes through the appropriate sky zone.

This observing strategy sacrifices 10% of the observing time, but it can reduce the number of disturbed images by half.

However, because of the lack of sufficient satellite brightness information, the impact of this method of sacrificing observation time to improve the quality of observations on the final observation quality has not been well quantified.

The related paper has been accepted by Astrophysical Journal Letters, which is publicly available on the preprint website.