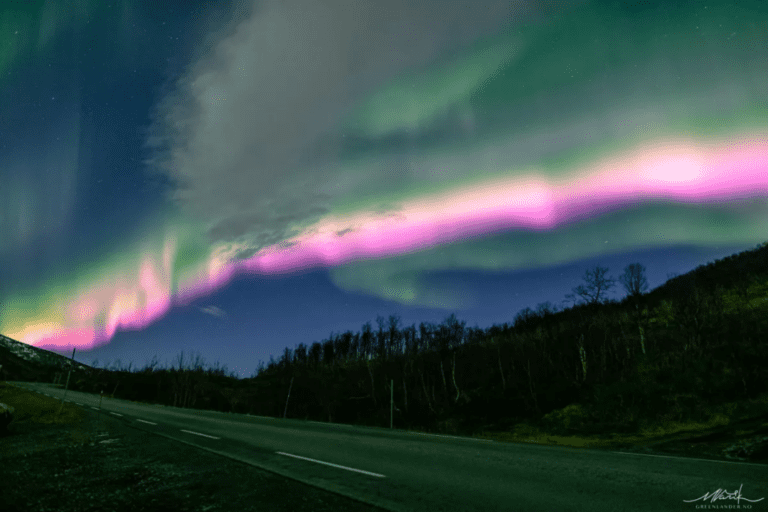 According to Live Science, a pink aurora burst over the port city of Tromso in northern Norway on Nov. 3, local time.

It lighted up the night sky above and lasted for about 2 minutes.

In fact, when a stream of energetic charged particles from the sun (i.e., the solar wind) enters the Earth’s magnetic field, it allows the solar wind to pass through the atmosphere here to produce auroras because of the weak magnetic shielding at the South and North poles.

Normally, the Earth’s atmosphere interacting with the solar wind contains large amounts of oxygen atoms, which emit green light, so auroras tend to be green in color.

But on that day, a small solar storm hit the Earth, which caused a temporary crack in the Earth’s magnetic field.

The resulting hole causes the solar wind to penetrate deep into the Earth’s atmosphere (at about 100 km), where nitrogen is the most abundant gas, thus triggering the extremely rare pink aurora.