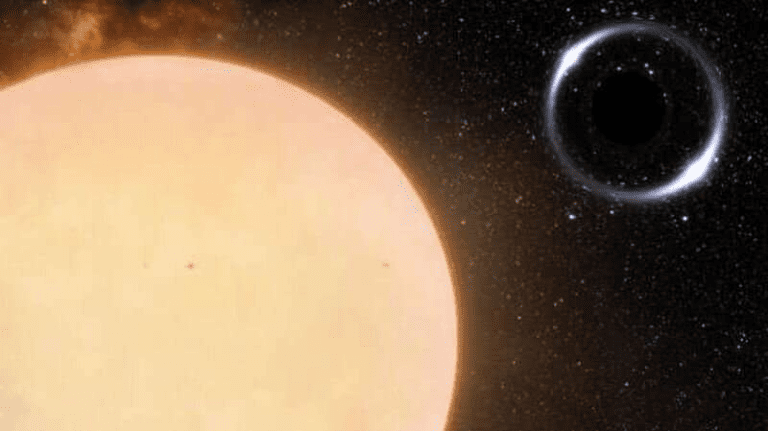 In a recent study published in the Monthly Notices of the Royal Astronomical Society (MNRAS), several institutions, including the Harvard-Smithsonian Center for Astrophysics and the Max Planck Institute for Astronomy in Germany, have jointly discovered the closest black hole to Earth.

Initially, by analyzing data from the Gaia spacecraft, the team found a possible black hole in a binary star system.

Then, using the Gemini North Telescope at the Gemini Observatory in Hawaii, they explored the system further and determined that it contains a normal star and a dormant black hole.

They also confirmed that the dormant black hole is about 10 times the mass of the Sun and is about 1600 light-years away from Serpens, three times closer to Earth than the previous record holder (the X-ray binary system in Kirin).

Although there may be millions of stellar-mass black holes roaming the galaxy, when a black hole is dormant (not actively consuming material from surrounding stars), it blends in with its environment and is difficult to discern because of the presence of nearby stars.

This study is the first clear detection of a star in a binary system orbiting a stellar-mass black hole.

However, this also raises the next question that needs to be addressed: Why is the companion star in the binary system still a normal star?