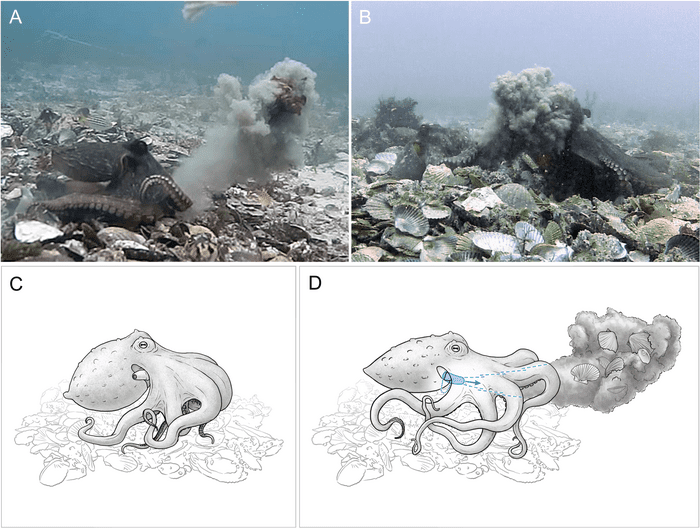 Octopuses are often thought to have some intelligence and to be capable of social behavior.

Recently, a study published in PLOS ONE showed that octopuses appear to deliberately throw silt and debris around, a behavior that may have social significance.

Researchers filmed and recorded the behavior of Octopus tetricus, an octopus from Jervis Bay, Australia, with underwater cameras in 2015 and 2016, and they analyzed 24 hours of footage over several days and found 102 debris-throwing behaviors in about 10 octopuses.

To throw debris such as silt or shells, the octopus needed to move its siphon to an unusual position between its tentacles and then squirt water to shoot the debris out, suggesting that the throwing behavior was intentional.

Of these, 66% of the throwing behaviors were initiated by female octopuses, about half occurred during or around interactions such as tentacle testing or mating attempts, and about 17% hit their own kind after throwing.

Darker-skinned, aggressive octopuses threw harder and hit other octopuses more often, while smashed octopuses would dodge or raise their tentacles at the thrower.

These phenomena suggest that throwing among octopuses appears to be a social behavior.