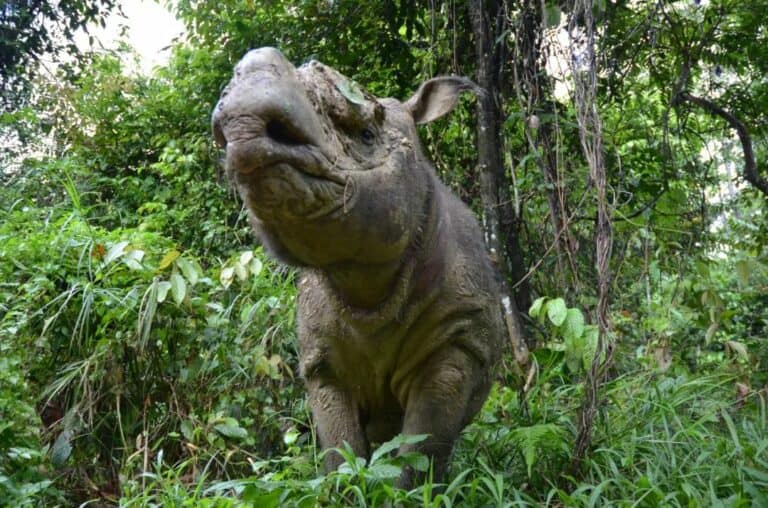 Kertam, the last male Sumatran rhinoceros in Malaysia, died in 2019.

The Sumatran rhinoceros is classified as “critically endangered” according to the International Union for Conservation of Nature (ICUN) Red List, and there are only about 80 adult individuals left in the world.

In a recent study published in iScience, researchers extracted skin cells from Ketam during his lifetime and transformed them into induced pluripotent stem (iPS) cells.

The researchers then grew a brain-like organ, also known as a “mini-brain,” from Ketam’s iPS cells.

Next, the team hopes to use Ketam’s iPS cells to grow sperm suitable for artificial insemination and to try to apply this method to a smaller number of northern white rhinoceroses.