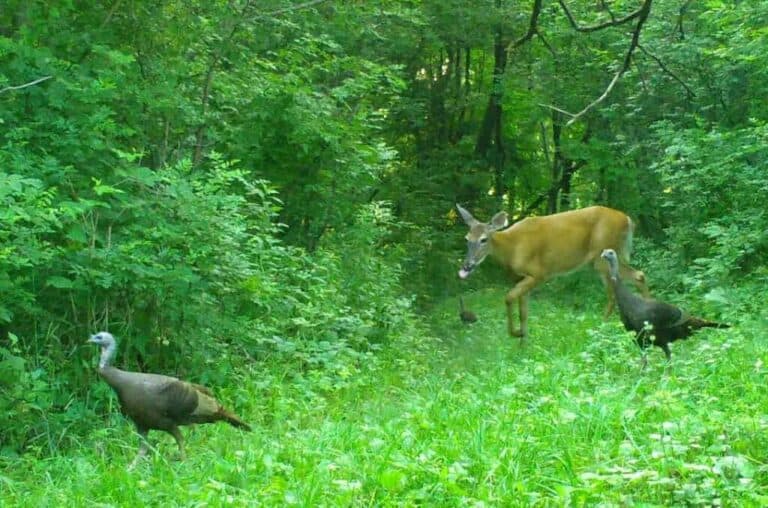 Human activities may encroach on and squeeze the space of animals and change their behavior and inter-species interactions.

A recent study published in the Proceedings of the National Academy of Sciences (PNAS) found that human activity in Wisconsin has led to more frequent encounters between animals living in the surrounding area via camera snapshots.

In the Snapshot Wisconsin project, volunteers set up more than 2,000 cameras in forests, cities and farmland.

These areas are divided into different levels of human disturbance based on the surrounding 5,000 meters.

They were divided into 74 pairs according to the potential for violent confrontation during the encounter.

For example, deer and coyotes are highly confrontational.

If the camera captures a pair of animals appearing at short intervals, they may interact.

Longer intervals of occurrence for species pairs with high antagonism, according to the analysis.

However, irrespective of the level of antagonism, the intervals between the emergence of different species were shorter in areas with high human disturbance levels, with an average of 4.1 days (6.1 days in low disturbance areas).

This means that they have a higher probability of meeting or interacting with each other.