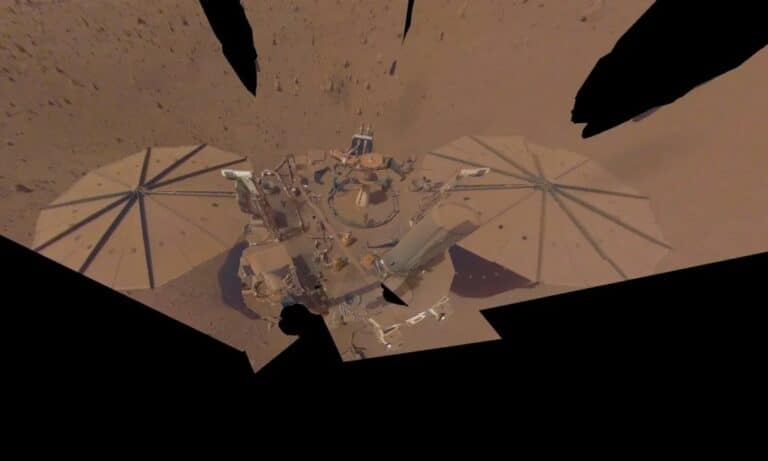 After two consecutive attempts to contact the Insight Mars lander failed, scientists at the Jet Propulsion Laboratory (JPL) announced that Insight had completely run out of power and that the Insight “mission was over.

The rover was designed to last only two years, and now its solar panels have been covered with Martian dust, losing their energy supply and ending the mission.

During the ”mission“, 1,319 Martian earthquakes were collected, including those generated by meteoroid impacts on Mars.

“Insight” had planned to drill holes in Mars to measure heat flow below the surface, but the probe (codenamed Mole) was not designed to drill into the Martian surface.

“Insight has also been creative in removing dust from solar panels.

The team used a robotic arm to dig up Martian soil and dump it on the solar panels during a windy day on Mars.

The electrostatic effect of the Martian soil removed some of the dust from the solar panels, further extending the life of the rover.

Although the chances are slim, high winds on Mars may still remove the dust from the solar panels and restore their energy supply.

NASA said it will continue to listen to the “Insight” signal, just in case.

“Trailblazer” releases sample tubes on the surface of Mars