“Trailblazer” releases sample tubes on the surface of Mars

“Trailblazer releases sample tubes on the surface of Mars, future missions will return them to Earth 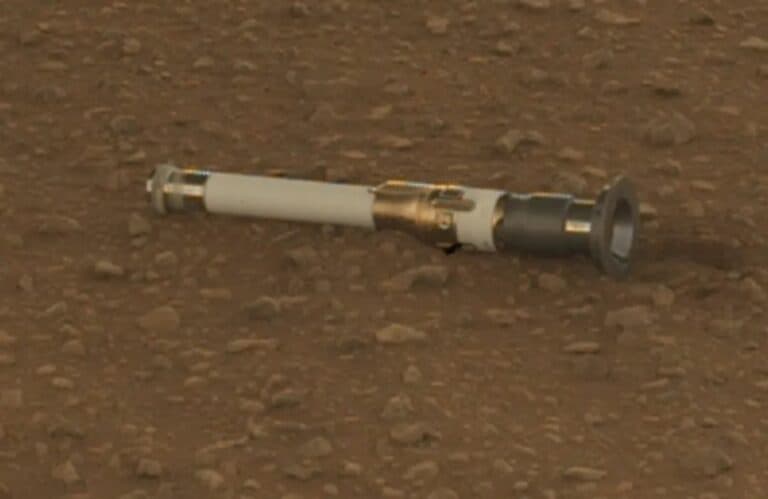 On Dec. 21, NASA‘s Trailblazer released a titanium tube containing rock samples of igneous rocks the size of chalk collected by the rover on the surface of Mars on Jan. 31, 2022.

Over the next two months, Perseverance will release nine more tubes in the vicinity to build the first human sample repository on Mars.

NASA plans to launch a Mars orbiter and a Mars lander in 2027 and 2028, respectively, to return these samples to Earth.

If all goes according to plan, these samples will arrive on Earth in 2033.

“The Perseverance team will continue to monitor the position of the sample tube to ensure that the wheels of Perseverance do not press against it.

The tube has a protruding ring at the end for subsequent missions to grip, but this structure may allow the sample tube to stand up.

If the sample tube stands up, the researchers will use the robot arm of the Trailblazer to push it down.