Navigation system with an accuracy of up to 10 cm 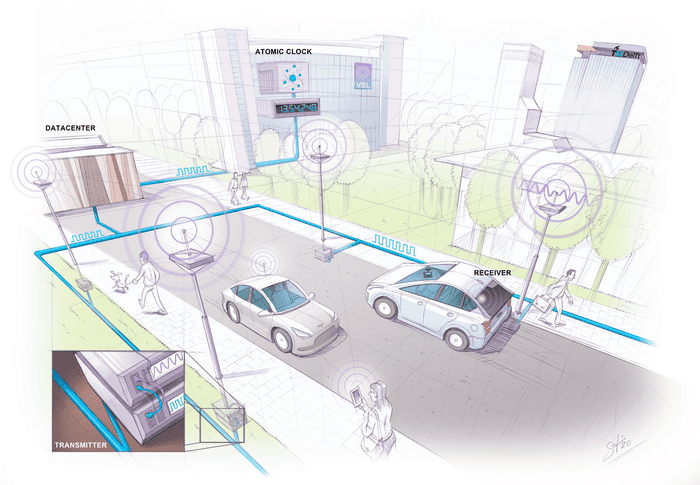 Satellite-based navigation systems, such as GPS, play an important role in life.

However, the radio signals emitted by these satellites are sometimes blocked or reflected by buildings, and can therefore be compromised when precise positioning is needed, such as for self-driving cars in urban, multi-building environments.

Recently, a study published in Nature has developed a more accurate and reliable navigation system.

GPS satellites often have built-in atomic clocks, which enable the receiver to locate the signal sent by the satellite when it is received by calculating the time difference between the received and transmitted signals.

Today, based on this atomic clock as well as the terrestrial telecommunication network, researchers have connected them using existing optical fibers.

In this way, the nodes of the telecommunication network can receive precise time information for localization with an accuracy of up to 10 cm.

In addition, the researchers used radio signals with greater bandwidth in order to distinguish them from signals reflected from buildings.

This alternative positioning technology has great potential for application in environments such as cities.

Mechanisms for stabilizing the Earth’s climate