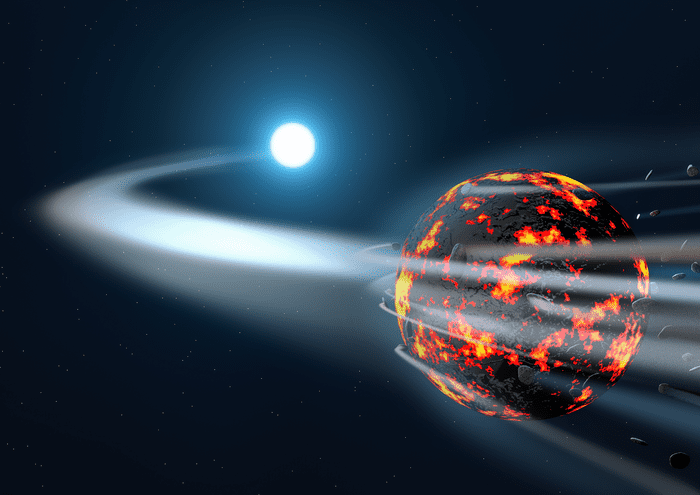 Astronomers generally believe that planets form in a hydrogen- and helium-rich planetary disk orbiting a young star, through the adhesion of stardust particles to each other.

By analyzing the atmospheres of white dwarfs, researchers have examined the sources of matter during the formation of their planets.

The internal components of the planets cannot be observed through telescopes, but the researchers found that the atmosphere of a “contaminated” white dwarf has heavy elements such as magnesium, iron and calcium, which are remnants of material from the planet-forming process.

They analyzed spectroscopic observations from 200 contaminated white dwarfs in the surrounding galaxy and concluded that the mixing pattern of elements in the atmosphere originates from the differentiation process during the melting of the asteroid.

In this case, iron elements are deposited in the core of the asteroid and lighter elements float on the surface.

The only possible cause of asteroid melting is the influence of radiogenic elements, which have a lifetime of only a few million years, suggesting that asteroids should have formed together with stars.

This also suggests that planets are likely to have formed with stars, and that gas planets such as Jupiter and Saturn may have undergone a considerable period of growth and evolution.