Radiation damage can be passed on from father to offspring

Radiation damage can be passed on from father to offspring 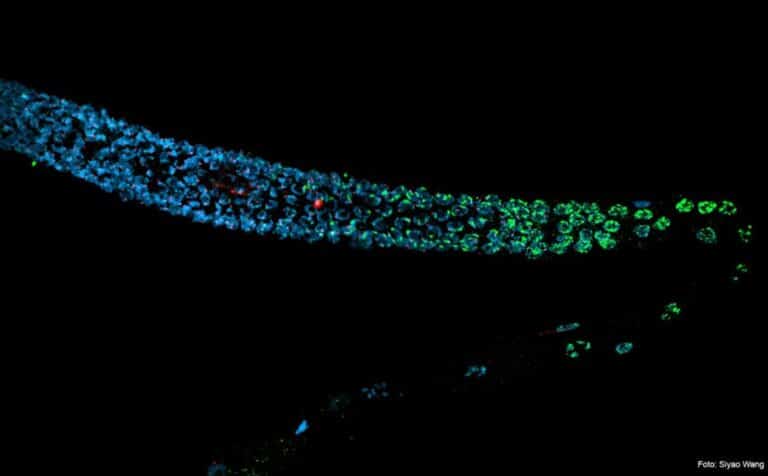 DNA damage caused by ionizing radiation can induce a variety of diseases, including leukemia, but scientists have been unsure whether such DNA damage can be passed on to offspring.

Recently, a study published in Nature showed for the first time that radiation-induced paternal DNA damage can be passed on to offspring.

Using the Cryptobacterium hidradenum (Caenorhabditis elegans) as a model, the researchers found that irradiated males cause extremely high mortality in the third generation of nematodes, which does not occur in females.

It was shown that irradiated oocytes can show two different outcomes.

Accurate repair of the damage, or induction of cell death if the damage is too severe, so that DNA damage in eggs is not passed on to offspring, whereas mature sperm affected by radiation cannot be repaired.

Further studies have shown that when an egg binds to a damaged sperm, maternal repair proteins within the egg employ a highly error-prone repair mechanism (TMEJ), which results in random fusions of chromosomes.

they cannot be repaired by the correct DNA repair mechanism.

This leads to congenital defects in the third generation of nematodes.

The same TMEJ structural mutations that have been detected in humans in paternally inherited de novo mutations in the reproductive system are also present in nematodes, the researchers said.

This finding implies that DNA damage in human sperm would still use the same DNA repair as in nematodes, even in humans not exposed to radiation.

Such mutations may be a major driver of genetic diversity in the species, but they may also be responsible for human genetic diseases.

Reasons why older people have trouble hearing others in noisy environments